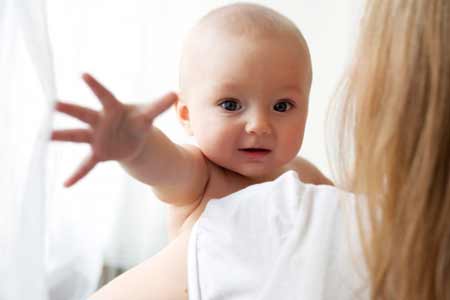 ArmInfo. The National Security Service of the Republic of Armenia revealed gross violations of the Armenian legislation when children were adopted by foreigners  in Armenia.

So, according to the NSS  information obtained by Arminfo, thanks to  large-scale operational-search measures, evidence was obtained that  two citizens of the Republic of Armenia, using their contacts in one  of the republican obstetric institutions, in a number of departments  of the Republic of Armenia, as well as in orphanages, with gross  violation Armenian legislation organized the process of adoption of  more than three dozen Armenian children by Italian citizens.

"To this end, a number of obstetric staff and other employees with  managerial powers, by prior conspiracy, intentionally and for  personal gain, from 2016 to 2018, forced them to abandon the children  and against their will to consent to the adoption of more than one a  dozen women who applied to this maternity hospital for an abortion  due to social or personal problems, threatening to make their  pregnancy public, exaggerating the illness of the child and providing  false information in order to exert psychological pressure tions,  while in some cases they did not disdain to ask the pregnant women  bribes for medical services rendered, "- informed the RA National  Security Service.

At the same time, the department informed that having written  documents on abandonment of children, most babies with appropriate  medical diagnoses were sent to orphanages. "The officials of these  institutions, abusing their official powers, using the mental  diagnostics indicated in the medical documents, violated the priority  of the right of RA citizens to adopt these children, thereby  indirectly hindering their adoption by RA citizens," - noted in the  National Security Council of Armenia, emphasizing that a criminal  case has been instituted on the fact, an investigation is underway.