Pashinyan again promises to ``lay down on asphalt`` 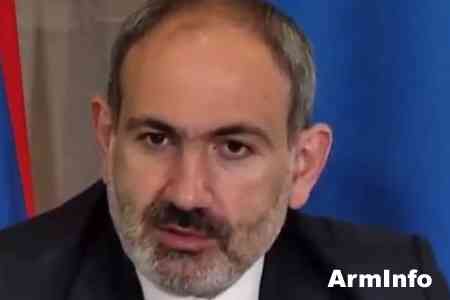 On November 13, speaking from the parliamentary rostrum, the Prime  Minister pointed out the existence of a draft law on amendments and  addenda to the Criminal Code of Armenia, which implies, among other  things, toughening the criminal punishment for organizing criminal  communities.

<If there are people, including politicians and MPs, who believe that  there will be compromises on this issue, or they can put pressure on  parliamentarians, then we will "lay down  them on the asphalt" and "hit  them on the wall". Even if they don't have such thoughts in their minds,  "he declared, directing his appeal, including" to the former and the  present ", <plundered half of the country>. "Let them wrap this on  their heads," Pashinyan emphasized, noting that if the planned  changes are not enough, more serious measures will be taken.

The Prime Minister also promised to create decent conditions for  persons serving sentences in criminal correctional institutions, as  well as to assist their families to protect them from criminal  elements.