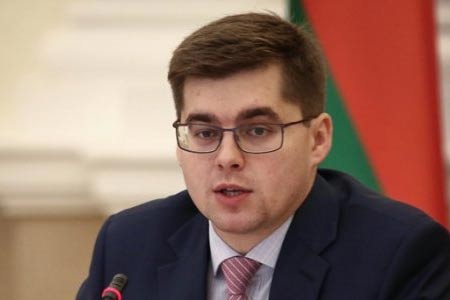 ArmInfo.Comparison of risks is a foreign policy radar for such small states as Armenia and Belarus. Yauheni Preiherman, the Founder and Director of the Minsk Dialogue  Council on International Relations, expressed a similar opinion  during the round table on the topic <Experience of Belarus.

Is it possible to survive between the West and the East?  Speaking about  the foreign policy strategy of the post-Soviet countries, Preiherman  noted that Armenia and Belarus have joined such a big player as  Russia, and are completely marching in this fairway, not having their  own special positions on a number of issues.

According to the expert, such an idea of foreign policy does not  work, especially in the context of what is happening in the system of  international relations, when Belarus, obviously, takes positions  that are not combined with the positions of Russia.

The speaker noted that in the current realities, such small states as  Armenia and Belarus  balance the external vector not between  interests, but between risks posed by big and small players and the  system of international relations. ''This is a fundamentally  important thing - a comparison of risks for small states''.

At the same time, Preiherman noted that after the events in Ukraine,  the hedging strategy, the focus on risk prevention, became more and  more obvious. <In the internal discourse in Belarus, the importance  of diversification or balance in foreign policy has become more and  more important, but not in the context of the interests of other  players threatening us or our dislikes in relations with Russia, but  in the context of the fact that we saw that in the context of the  economic crisis, in particular sanctions, dependence on one player  can be deadly. This underscores the fact that the idea of risk is at  the forefront,'' he said, calling inevitable the emergence of  tensions and problems with a key partner, amid growing tension  between Russia and the West.