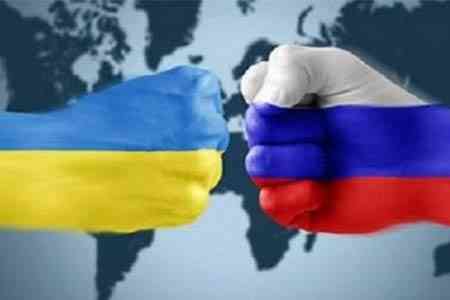 ArmInfo. The Embassy of Ukraine in Armenia expressed indignation over the visit of a group of Armenian citizens to Crimea.

So, according to the statement of the Ukrainian Embassy received by  ArmInfo, a group of Armenian citizens, according to media reports,  visited the territory of the Autonomous Republic of Crimea  "temporarily occupied by Russia". "Most of this group is not the  first time making a visit in violation of Ukrainian legislation on  visiting the occupied Crimea. In this regard, we would like to recall  that violation of the rules for visiting the "occupied territories"  involves not only administrative, but also criminal liability in  accordance with Ukrainian legislation," noted in the Ukrainian  diplomatic mission.

At the same time, the Embassy of Ukraine expressed particular concern  with reports from trips where headlines were full, that during  meetings with representatives of the Crimean authorities they  discussed issues of establishing relations between Armenia and Crimea  in the humanitarian, economic, trade and tourism sectors. The Embassy  noted that the establishment of such relations would be a violation  of the cooperation agreement between Armenia and Ukraine of May 14,  1996.

"In addition, some Armenian media under the influence of Russia  report that these persons appear to be from the estate of Armenia,  which is also of concern. In this regard, we appeal to  RA citizens  and urge us to comply with the rules of visiting the occupied Crimea,  as required by the legislation of Ukraine," noted at the embassy of  Ukraine in Armenia.

The Armenian Foreign Ministry declined to comment on ArmInfo's  request regarding this statement.