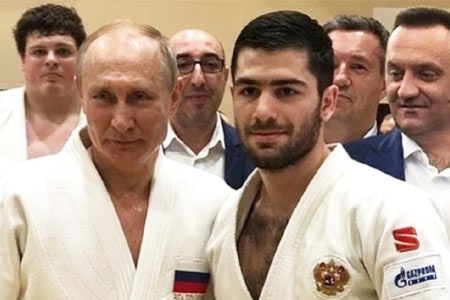 According to the press service of the administration of the Krasnodar  Territory, Aram Grigoryan defeated the athlete from Uzbekistan in the  main fight of the championship. It is also noted that Aram Grigoryan  in the weight category up to 82 kg <became the youngest world  champion in the history of sports sambo>.  According to Russian  media, Aram Grigoryan is one of the country's most respected  athletes, whom Russian President Vladimir Putin personally met on the  carpet.

Recall, in the weight category up to 82 kg, the representative of the  Armenian team David Grigoryan became the bronze medalist of the World  Cup.