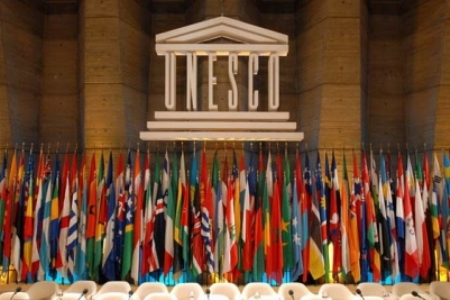 ArmInfo. Armenian government delegation led by Prime Minister of Armenia Nikol Pashinyan will pay a working visit to France to participate in the Second Paris Peace Conference and the 40th General Conference of UNESCO on November  11-12. This was reported on the official website of the RA  government.

As stated in the decision of the head of government on November 11,  the Armenian delegation will include employees of the Prime  Minister's apparatus, Deputy Foreign Minister Artak Apitonyan,  Armenian Ambassador to France Hasmik Tolmajyan, as well as six media  representatives.

Deputy Prime Minister Tigran Avinyan  will implement the duties of  the head of the Cabinet during the absent of the Prime Minister.

Yesterday ArmInfo reported that Prime Minister Nikol Pashinyan and  his wife Anna Hakobyan will pay a working visit to France from  November 11 to 12. On the first day of the visit, the head of the  Armenian Cabinet will take part in an official reception of the  French President organized in honor of the heads of state and  government participating in the Second Paris Peace Conference. On  November 12, the Prime Minister of Armenia will take part in the  official opening ceremony of the peace conference and thematic  discussions at the event, during which he will deliver a speech. As  part of his visit to Paris, Nikol Pashinyan will also visit the  office of the International Organization of French-Speaking Countries  (International Organisation of la Francophonie -OIF/ Organisation  Internationale de la Francophonie ) and meet with Louise Mushikiwabo,  Secretary General of Organisation internationale de la Francophonie.  The visit of the Prime Minister and his wife to UNESCO headquarters  and their participation in the 40th General Conference of UNESCO is  planned. Pashinyan will deliver a speech as part of thematic  discussions. He will also meet with UNESCO Secretary General Audrey  Azoulay. During the visit, the Prime Minister of Armenia and his wife  will meet with the leaders of the Armenian community of France. An  official reception will be given in honor of Nikol Pashinyan and Anna  Hakobyan, at which Pashinyan's delivering of speech is expected.