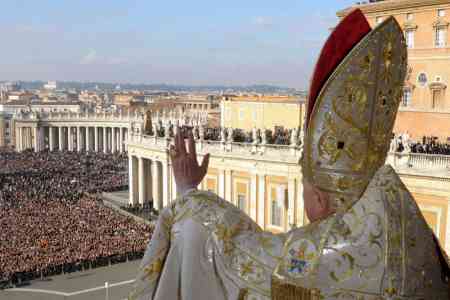 According to the Prime Minister's press service, Pashinyan, welcoming  Gallagher's visit to Armenia, expressed confidence that he would give  a new impetus to the further development and strengthening of  relations between our country and the Vatican. He also emphasized  that the Government of Armenia is interested in deepening bilateral  relations with the Vatican, noting the warm attitude of the Armenian  people towards the Holy See and His Holiness Pope Francis. In this  context, the head of government emphasized the fact of strong  Armenian-Vatican spiritual, cultural and historical ties and noted  that they are a good basis for further cooperation.

Gallagher, in turn, stated that the Holy See also highly appreciates  historical ties with Armenia, while mentioning the warm feelings of  the Pope towards the Armenian people. He emphasized that Armenia is  represented in the Vatican with its rich historical and spiritual  heritage, which indicates the presence of close bilateral ties.

During the meeting, the interlocutors discussed further steps to  strengthen and develop relations between Armenia and the Holy See,  exchanged views on some events taking place in the international  arena, including in the Middle East, as well as regional issues. The  parties touched on the process of the Karabakh conflict settlement.