In Armenia, vapes will be equated to ordinary cigarettes 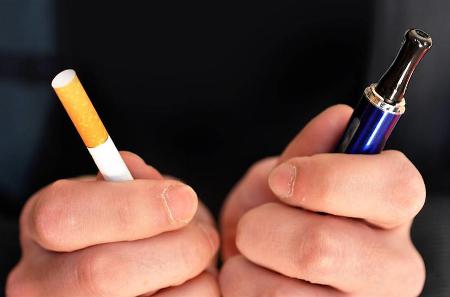 ArmInfo.In Armenia, the  regulation of tobacco and tobacco products envisaged by the draft law  will also affect vapes. This was announced by Director of the  National Institute of Health Alexander Bazarchyan at a press  conference on November 8.

The expert drew attention to the fact that the advertising of  electronic cigarettes is also aimed at attracting buyers among young  people. Among the marketing moves are the original product design,  vibrant packaging colors, multifunctionality (for example, combining  vape and USB chargers), and so on.  Meanwhile, as was noted, vapes  cause serious damage to health, adversely affecting the lungs and  cardiovascular system.

In particular, vaping leads to lung damage, which is fraught with the  development of pneumonia.  Bazarchyan drew attention to the fact that  about 300 deaths from the use of electronic cigarettes have already  been recorded in the world. "The regulation of vaping will help  prevent such deaths in Armenia," he emphasized, noting that studies  on supposedly electronic cigarette safety are funded by the tobacco  companies themselves, and their main goal is to mislead potential  customers. Viktor Zykov, member of the coordinating council on  tobacco control under the Ministry of Health of the Russian  Federation, agrees with this opinion. He emphasized that vapes  contain carcinogens that negatively affect health. Zykov noted that  the Government of the Russian Federation supported the bill on  restricting smoking of vapes and hookahs, and the document has  already been submitted to parliament for consideration.

In Russia, the anti-tobacco law was adopted in 2013, and over the  years there have been a number of positive changes. In particular, as  Zykov said, there is a downward trend in the number of smokers:   according to data for 2016, every fifth resident of the country  refused tobacco. In addition, despite initial concerns, revenue in  the restaurant and hotel business has not decreased, but rather  increased.  The World Health Organization (WHO) estimates that  electronic cigarettes and tobacco heating systems do not prevent  cancer. In addition, studies in the US show that vapes actually  increase the number of young smokers.

According to the draft law "On Reducing and Preventing the Negative  Impact of the Use of Tobacco Products and Their Substitutes," for the  first time in Armenia smoking will be prohibited in canteens,  restaurants, cafes, bars, buffets, casinos, and shopping centers.   Legislative changes are also planned to amend the law "On  Administrative Offenses". So, in case of smoking in the restaurant,  on the territory of which the prohibition signs are placed, an  individual will be fined 50 thousand drams. Meanwhile, if facts of  the absence of prohibition signs are revealed, a fine of 150- 200  thousand drams will be imposed on the legal entity. Violation of the  ban on advertising tobacco products, their analogues and substitutes  on television will be punishable by a fine of 700-800 thousand drams.