The number of hookah smokers among teenagers increased in Armenia 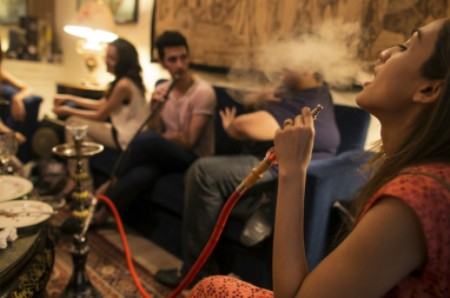 ArmInfo. The number of hookah  smokers among teenagers has increased in Armenia. This was announced  by Deputy Minister of Health of the Republic of Armenia Lena  Nanushyan at a November 8 press conference.

According to her, the study indicates that in the last 2-3 years  there has been an increase in the use of hookah among young people.  This is in particular about persons aged 15-17 years, including  women.  Nanushyan noted that among young people there is a tendency  to visit hookahs, which cannot but cause concern.

According to the World Health Organization (WHO), hookah smoke is  toxic and, in particular, contains benzene, nitric oxide and heavy  metals. These toxic substances are directly related to the  development of heart and lung diseases. The danger is that hookah  smokers absorb toxins and carcinogens from tobacco smoke in  significant quantities.

According to a study by scientists at the University of California,  Irvine, a single puff of a hookah can contain as many harmful  substances as smoke from a whole cigarette. In addition, when using a  hookah, due to the release of carbon monoxide from burning coal,  cases of carbon monoxide poisoning can be recorded.

According to the draft law of the Republic of Armenia "On Reducing  and Preventing the Negative Impact of the Use of Tobacco Products and  Their Substitutes," not only smoking and selling tobacco, but also  hookah will be regulated. The document provides for toughening  anti-smoking measures in order to prevent and stop the use of various  types of tobacco products and their substitutes, to protect the  population from negative consequences from the effects of second-hand  smoke. The main goal of the law is the need to protect human rights  and health from the negative consequences of second-hand smoke, as  well as ensuring the priority of these rights in relation to the  interests of tobacco companies.  According to the Ministry of Health,  these measures will help prevent diseases, disabilities or deaths  arising from second-hand smoke from tobacco products and their  substitutes, as well as increase public awareness of its harmful  effects.