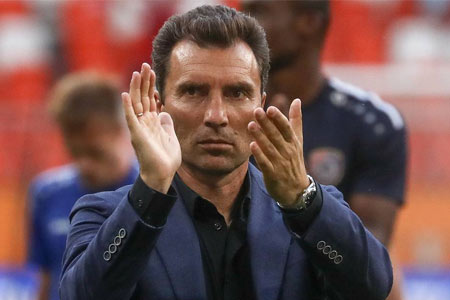 <At the moment, Grigoryan is considering two options for employment.  In Pyunik, where Alexander Tarkhanov, who until recently served as  head coach, was transferred to the post of vice president of the club  for development, and acting head coach is Suren Chakhalyan. The  second option is the Armenian team, which after the resignation of  Armen Gyulbudagyants is still without a instructor >, the source  writes.

It is reported that over the past week, Grigoryan visited Yerevan,  where he held a series of meetings with Armenian football leaders.