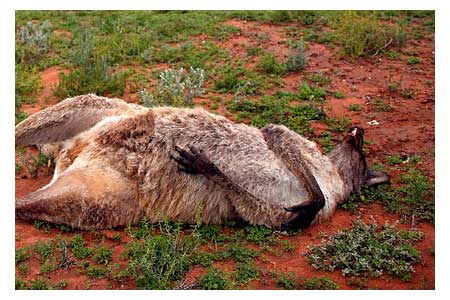 ArmInfo.At a Yerevan zoo stray dogs attaked  three kangaroos. The incident occurred early in the morning and the vets who arrived at the scene were unable to  save rare animals.

Kangaroo males were donated to Yerevan Zoo by the Chisinau colleagues  in June 2018. The males were to "get acquainted" with the females  that were expected from Amsterdam in December, with the  understandable purpose of breeding.

To recall, since 2011 this is the third case of stray dogs entering  the territory of the zoo due to which animals receive, sometimes  serious injuries and often die. This is due to the lack of fencing  throughout the park, which allows not only dogs, but also foxes <to  visit> exotic animals.  The Yerevan Municipality has already taken up  this problem and has already begun work on fencing the territory of  the park to ensure its safety.

However, it is strange that with such extensive work, no one even  thought about ensuring the safety of the permanent inhabitants of the  Zoo, and a "worthy" fence was not built.