Minister: In 2020, the process of consolidation of the Armenian  communities will continue 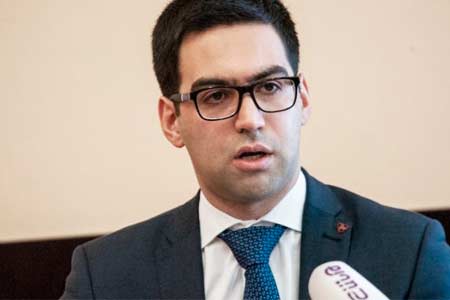 ArmInfo. In 2020, the  process of consolidation of the Armenian communities will continue.  On October 29, Minister of Territorial Administration and  Infrastructures of the Republic of Armenia Suren Papikyan stated this  in an interview with reporters.

According to him, the enlargement of the communities is not made for  political reasons, but is aimed at strengthening their capabilities.  If this or that community does not want to follow the path of  enlargement, it can solve this issue by holding a local referendum,  according to the law "On Local Referendum". The Minister also  announced that next year the process of optimization of various  structures of the department will continue. By the beginning of 2020,  the Ministry has 314 employees, however, as a result of the merger of  a number of government agencies, this number will be reduced by  eliminating repeated functions. The saved money will be used both to  increase salaries and to pay bonuses to distinguished employees. The  main goal of optimization, continued Suren Papikyan, is to increase  the efficiency of the activities of his department.

The minister also pointed out the importance of centralizing the  state revenue system, which would not only save state resources, but  would eliminate possible corruption risks. He also noted that it was  not possible to reach a consensus on lighting the streets of Yerevan  on the application of the capital's municipality for 1.3 billion  drams. However, discussions are ongoing, and there is every reason to  say that the application will be approved. It is not only about  laying hanging wires underground, but also about installing  energy-saving LED lamps. The program of reconstruction of the city of  Gyumri will also continue. This project was delayed for 2 years for a  number of reasons, due to the presence of 3-4 meters of communication  networks that needed to be put in order. Nevertheless, this year, as  a result of large-scale work, a significant amount of activities was  carried out. In 2020, 12 streets will also have to be repaired in  Gyumri. The programs of building roads, communications, transport  interchanges, strengthening school buildings, etc. will also  continue.

To note, the Ministry of Territorial Administration and  Infrastructures will receive 304 billion drams in 2020 by the draft  budget. Most of these funds will be used to implement infrastructure  projects and support local governments. A total 117 activities are to  be carried out in 20 programs. In particular, 55.4 billion drams will  be allocated to support communities in the form of grants.