For the first time in Armenia, a child underwent a liver transplant 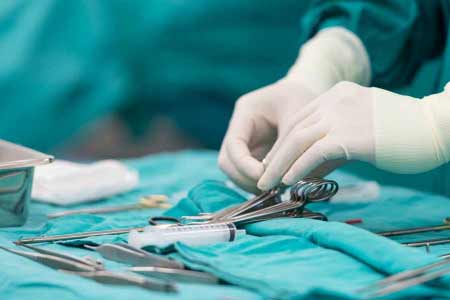 ArmInfo.For the first time in Armenia, a child underwent a liver transplant from a living donor.

As head of the RA Ministry of Healthcare Arsen Torosyan said on his  Facebook page, the surgery was carried out yersterday at the  "Arabkir" MC, with the participation of Belarusian specialists.  <The  health status of the donor and recipient is currently satisfactory,  and corresponds to the normal postoperative course. Carrying out such  complex operations in Armenia testifies to the development of  medicine in the republic>, he noted.

An agreement on cooperation with the Belarusian side in the field of  transplantology was reached in January this year, as part of  Torosyan's official visit to Belarus. "This was followed by a  large-scale retraining program in Minsk with the participation of 11  Armenian specialists," Torosyan informed.

To recall, the first liver transplantation surgery in Armenia took  place in April this year. Then a 20-year-old girl became a donor for  her 56-year-old mother.