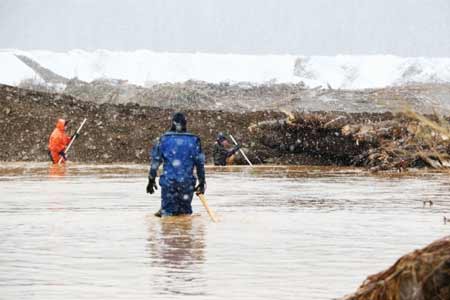 ArmInfo. Armenian President Armen Sarkissian sent a letter of condolences to Russian leader Vladimir Putin over the tragedy in the Krasnoyarsk Territory.

As the RA President's press service told ArmInfo, Sarkissian  expressed condolences to the families and friends of the victims and  wished speedy recovery to all injured.

On Saturday, in the vicinity of the village of Schetinkino on the  Ceiba River in the Krasnoyarsk Territory, a dam broke. As a result of  the breakthrough of the dam, two hostels were damaged. Fifteen people  became victims of the destruction of the dam of the technological  reservoir of the gold mining partnership; the fate of five remains  unknown. Another 44 people were injured, nine of them are in serious  condition.