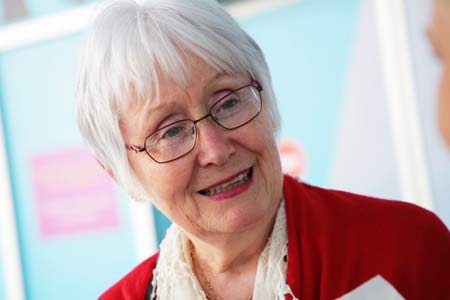 ArmInfo. Madeleine Moon, President of the NATO Parliamentary Assembly, tentatively verbally agreed to visit Armenia in 2020. The deputy from the Enlightened  Armenia party Gevorg Georgisyan said this at a press conference on  October 21.

According to him, next year events will be held in  Armenia dedicated to the 20th anniversary of the adoption of UN  Security Council Resolution 1325. This Resolution notes the  importance of the participation of women, especially at  decision-making levels, in conflict resolution, peace negotiations  and reconstruction.

Within the framework of the 65th session of the NATO Parliamentary  Assembly held in London on October 12-14, members of the Armenian  delegation voiced an oral invitation to Madeleine Moon to take part  in the events planned in Armenia. "She gave her prior verbal  consent," Georgisyan informed.  We add that UN Security Council  Resolution 1325 was introduced by Namibia in 2000.