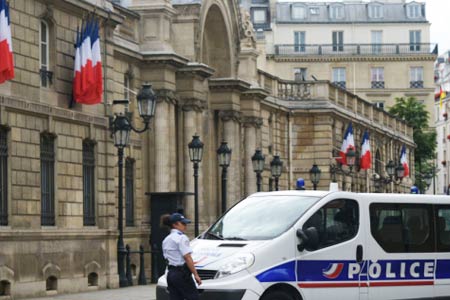 "The Armenian Foreign Ministry and the Armenian Embassy in France  strongly condemn the attack on the office of Nouvelles d'Armenie  magazine. This is a serious encroachment on freedom of speech and  republican values," said a statement posted on Twitter by the  Armenian Ambassador, Asmik Tolmajyan, on Twitter Facebook page of the  RA MFA. A photograph of the defeated editorial office is also  attached to the publication.