Armenian Minister of MES: The primary task of the government and  parliament should be mechanisms to mitigate the impact of natural  disaster risks 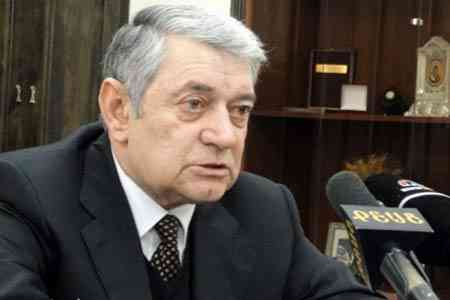 ArmInfo. The main task of the Armenian government is to ensure the safety of its citizens. On October 18, Andranik Kocharyan, chairman of the parliamentary  security commission, said this during a parliamentary hearing called  "Stable  Armenia".

According to the MP, Armenia is on the list of countries with high  potential for natural disasters. He noted that it is necessary to  take a step towards a safe and stable future.

In turn, the Minister of Emergency Situations of Armenia Feliks  Tsolakyan noted that, as a rule, in Armenia they are struggling with  the consequences of natural disasters that have already arisen. He  emphasized that the priority should be the assessment of such risks,  as well as steps aimed at their maximum mitigation through proactive  measures. <To achieve significant results in this area, we need to  carry out a serious reform of the legislative framework. And it is  precisely on this that the efforts of the parliament and government  should be directed mainly>, Tsolakyan noted.

The Minister also emphasized the need for cooperation between society  and all state structures on the issue of joint struggle against  natural disasters. "It seems to me that appropriate informing  citizens and conducting large-scale educational work among the  population to increase the level of citizens' awareness and knowledge  on this topic will allow us to increase the effectiveness of the  implementation of preventive measures that contribute to mitigating  the effects of natural disasters," Tsolakyan concluded