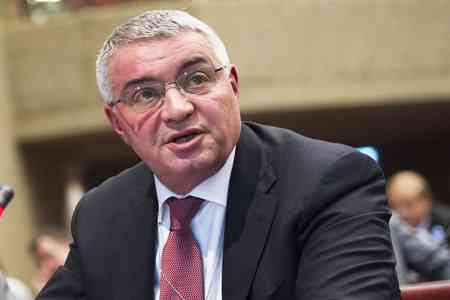 ArmInfo.Ambassador of Armenia to Slovenia Ashot Hovakimyan (residence Prague) presented his credentials to the President of the country Borut Pahor.

As ArmInfo was informed by the press service of the Ministry of  Foreign Affairs of Armenia, President of Slovenia that the bilateral  political dialogue and economic relations will continue to develop  for the benefit of the peoples and two countries.

In turn, Hovakimyan confirmed his commitment to actively promote the  development and deepening of relations between Armenia and Slovenia.  -

The Armenian Ambassador also spoke about the latest domestic  political changes in Armenia, and the ongoing reform agenda. The  interlocutors exchanged views on pressing issues of the international  and regional agenda, including the military operations of Turkey in  Syria.