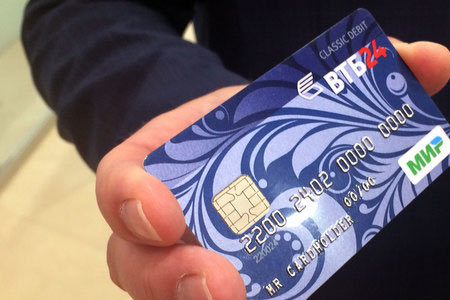 ArmInfo.VTB Bank (Armenia) will begin issuing MIR cards by December 2020. Ivan Telegin, General Director and Chairman of the Directorate of VTB Bank (Armenia),  stated answering the question of ArmInfo correspondent during a press  conference on October 17, noting that the timing of the launch  depends on the speed of solving technical issues.

''We hope that the cards will be popular. Today we have many clients  who are in Russia, and many have come from Russia to Armenia'', he  said, noting that there is a demand for ''MIR'' cards in Armenia.

At the same time, he noted that the growth of cards of VTB Bank  (Armenia) next year will be about 15%. "This is not much, since we  plan to issue additional cards at the end of next year, which will  affect the annual figures in the indicated range," Ivan Telegin  noted.

According to the 19th edition of the Armenian Banks in the Card  Business analytical survey, prepared by ArmInfo IC, VTB Bank  (Armenia) maintains leadership in the number of active Visa and  MasterCard cards, as well as in the volume of ATM transactions,  occupying the 2nd position in total volume of plastic transactions  and the number of ATMs. As of April 1, 2019, the bank had 379.2  thousand cards, of which 234.1 thousand MasterCard and 145.1 thousand  Visa. According to the results of 2018, the volume of plastic  transactions on Bank cards exceeded 278.3 billion drams, of which  253.3 billion drams were ATM transactions, and 8.9 billion drams were  Internet transactions. The number of ATMs of VTB Bank (Armenia) as of  April 1, 2019 is 170, of which 80 are installed in the capital and 90  in the regions of Armenia. Of these ATMs, 15 are equipped with a  cash-in function.

It should be noted that VTB Bank (Armenia) CJSC became a member of  VTB International Financial Group in April 2004. Currently, the  second largest VTB Bank PJSC in Russia owns 100% of the shares of VTB  Bank (Armenia). The Bank traditionally ranks among the leaders of the  banking system of the Republic of Armenia in terms of key indicators.  In terms of the branch network coverage, VTB Bank (Armenia) maintains  leadership both in their total number and in regional divisions.