Expert: In the near future, a bill on electoral reform will be  presented to the public 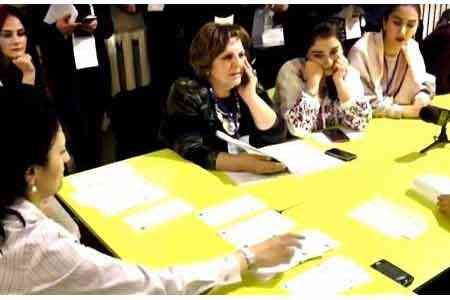 ArmInfo. In the near future, a bill on reform of the electoral system will be presented to the public. This was announced on October 18 at the parliamentary  hearings on amendments to the constitutional law "On Parties", lawyer  Armen Mazmanyan, who took an active part in the development of the  draft document, said.

According to him, one of the most important details of this reform is  the financing of political parties, the reduction of corruption  risks, as well as the separation of party activities and business. In  particular, it was decided to register the party with at least 300  members against 800 at present.

Moreover, the representation of parties in the country's regions  should not be less than one quarter. Parties will now be banned from  doing business.

To recall, on the initiative of the Speaker of the Armenian  Parliament Ararat Mirzoyan, on October 18, hearings on the draft  amendments to the constitutional law "On Parties" started in the  National Assembly of Armenia.