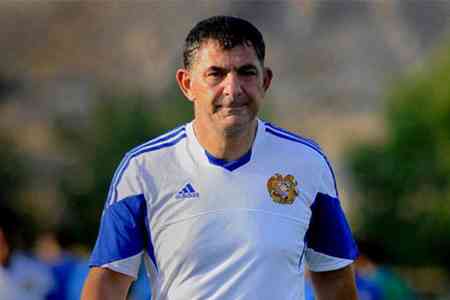 ArmInfo.  Head coach of the Armenian team Armen Gyulbudagyants dismissed. This was reported by the press service of the Football Federation of Armenia (FFA).

It is reported that the reason for the dismissal is that the Armenian  team did not qualify for the Euro 2020 finals.

To recall, on October 15, the Armenian national football team lost to  the Finns in the key match of the 2020 European Championship  qualifying round with a score of 3: 0. The Finnish national team  scored 15 points after eight games, the Armenian team scored 10  points. Armenian football players retained only theoretical chances  of leaving the qualifying group.