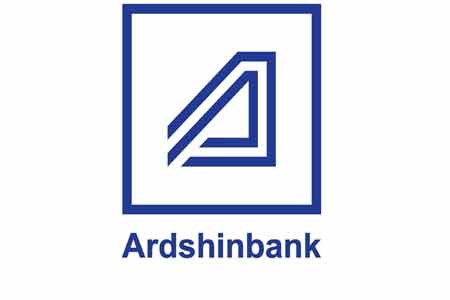 Ardshinbank continued to record growth in the loan portfolio of  individuals. So, the volume of lending to individuals for the first 9  months of 2019 amounted to 166 billion drams, having increased by 7%  over the Q3 (or more than 10 billion drams).

In the structure of Ardshinbank's liabilities, the amount of customer  funds raised (current accounts and deposits) as of September 30, 2019  amounted to 379.5 billion drams ($ 797.2 million), an increase of  6.4% over the third quarter.

To recall, Ardshinbank was founded in 2003.  The majority shareholders of Ardshinbank as of July 1, 2019 are Arins  Group LLC (formerly referred to as Business Investment Center LLC)  with a 67.97% equity stake and REGION Industrial and Financial  Corporation CJSC - 29.52%. Ardshinbank is the second largest bank in  Armenia, having one of the largest branch networks, consisting of 63  branches: 18 are located in Yerevan, 42 in the regions and 3 in  Artsakh. The Bank has a rating of international reputable rating  agencies equal to the country rating of Armenia, which is considered  a high rating in world practice. The Banker magazine of The Financial  Times publishing house recognized Ardshinbank the best bank in  Armenia in 2018. (The calculated exchange rate of the dram as of  September 30, 2019 is 476.00 AMD / $ 1).