French Ambassador to Armenia ironically commented on Trump`s letter  to Erdogan, where the American leader told his Turkish counterpart  Don`t be a fool! 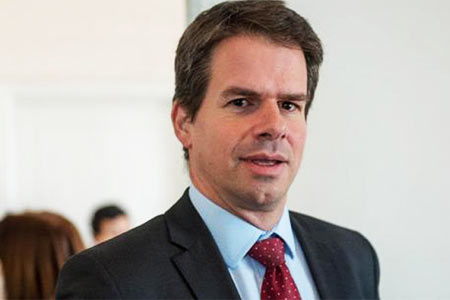 So, Lacote, sharing on his Facebook page a photograph of Trump's  letter sent to Erdogan on August 9, in particular wrote: "A letter to  Trump to Erdogan. Reason for thinking to the Kurds and all those  (including Europeans) who once believed that their safety was  guaranteed by the United By the states. "

To note, the media got a rather odious letter from Trump to Erdogan.  In it, in particular, Trump told Erdogan : "Let's work out a good  deal!" Trump said.  "You don't want to be responsible for  slaughtering thousands of people, and I don't want to be responsible  for destroying the Turkish economy - and I will." "I have worked hard  to solve some of your problems. Don't let the world down. You can  make a great deal," said Trump in the letter.

It is also noteworthy that the White House spokeswoman Stephanie  Grisham has already confirmed the authenticity of this letter.

Turkish President Tayyip Erdogan on October 9 announced the launch of  Operation Source of Peace in northern Syria against the PKK and IS.  Turkish aviation attacked the city of Ras al-Ain and a number of  other Syrian cities on the border of the two countries on the same  day. Later it was announced the start of the ground part of the  operation. On Saturday, the Turkish Ministry of Defense reported that  the Turkish military and the Syrian armed opposition took control of  Ras al-Ain.

To recall also that France and Germany categorically did not support  this Erdogan operation. The President of France even convened a  meeting of the Security Council of the country to work out decisions  on further steps of the Republic.