Emergency in Syunik: Polluted water leaked from the tailing dump into  the waters of the Voghji River 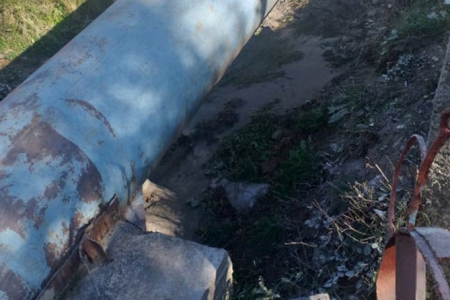 ArmInfo.  "This morning we have an emergency - in the Syunik region, polluted water flowed from the tailing dump into the waters of the Voghchi river below the cities of  Kapan and Kajaran,"- Armenian Prime Minister Nikol Pashinyan stated  on October 17 before the start of the government meeting.

According to the Minister of Territorial Development and  Infrastructures Suren Papikyan, in the morning at 09:00 the governor  of the region called him and informed that the Voghchi River had  turned brown.  According to him, at the moment all kinds of resources  of the region have already been mobilized in order to understand the  situation. At the same time, as Papikyan stated, at present he  refrains from specifying who the tailing dump belongs to, "But  judging by its location, to the Zangezur Copper-Molybdenum Combine,"  the Minister noted.

Minister of the Environment Eric Grigoryan, in turn, said that  laboratory tests are currently underway. "If the indicated territory  is in the upper part - that is, to the center, then this water flowed  out from the Zangezur Copper-Molybdenum Combine, and if the lower,  middle part - then, it is possible from the old Kavart mine,  abandoned by the Kapan Concentrator. It will become known within 1-2  hours, "he pointed out.

According to the Prosecutor General of Armenia Arthur Davtyan,  investigative measures are currently underway. According to  preliminary information, water flowed out of the damaged part of the  pipe, he noted. "The issue of initiating a criminal case will be  considered," Davtyan said.  At the same time, as Minister of  Emergency Situations of Armenia Felix Tsolakyan stated, local  rescuers reported water pollution. According to him, the owners of  the tailings themselves tried to hide this fact.  "They were silent  and began to quickly carry out welding work to restore the pipe," -  said the head of the Ministry of Emergencies.

It should be noted that in Armenia there are 19 tailings. 9 of them  are in Syunik marz. The Zangezur Copper-Molybdenum Combine owns the  Kajaran and Phrut tailings located on the right tributary of the  Vokhchi River, as well as the tailings dump on the Vokhchi River near  the village of Lernadzor, and on the Artsvanik River. Their design  capacities are 3, 3.2, 30 and 310 million cubic meters. The occupancy  rate is 3, 3.2, 10 and 95 million cubic meters. Three are mothballed,  Artsvanikskoye is operational.