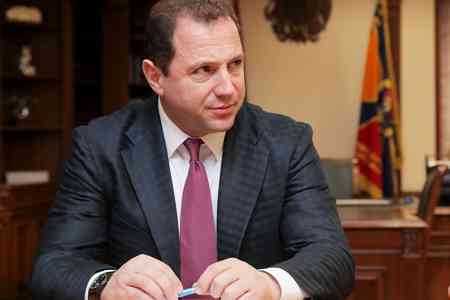 ArmInfo. Armenian Minister of Defense David Tonoyan at a meeting with the newly appointed German Ambassador to our country Michael Banzhaf highly appreciated the level of cooperation between the two countries, formed in the defense field.  As the press service of the RA Ministry of Defense reported  to ArmInfo, Tonoyan speaking about warm working relationship between  the defense departments of the two countries,  indicated the need for  their expansion.

In turn, the diplomat stated his readiness to help strengthen  contacts between Armenia and Germany in the defense field, as well as  the development of military cooperation.  The interlocutors mutually  indicated the importance of the effective implementation of existing  projects, as well as the long-term joint service of the Armenian and  German military in Afghanistan as part of the NATO's "Strong Support"  mission.

The interlocutors discussed issues of international and regional  security, as well as other issues of mutual interest.