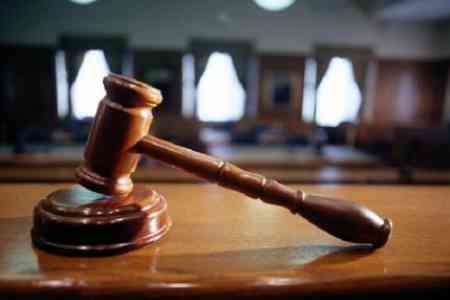 ArmInfo. Today in the court of general jurisdiction of Yerevan, chaired by Judge Anna Danibekyan, a regular meeting was held on the case of the second President of  Armenia Robert Kocharyan and other persons involved in the case on  March 1. At today's hearing, Robert Kocharyan was not present for  health reasons. Danibekyan said that the hearing could not continue  in his absence.

To recall, the second president of Armenia was operated on October 9  at the Izmirlyan Medical Center.  Executive Director of the Izmirlyan  Medical Center Armen Charchyan stated that the second President of  Armenia Robert Kocharyan is undergoing postoperative rehabilitation  and his participation in court hearings is not yet possible. The same  was confirmed by the lawyer of the second president Aram Vardevanyan,  naming the term of treatment for one to two weeks.

The judge also said that the court allowed former defense minister  Seyran Ohanyan, who is undergoing the case on March 1, to be absent  from October 18 to November 4 inclusive. The next hearing will be  held on November 5 at 13:00.  To recall, the second President of  Armenia Robert Kocharyan is accused of overthrowing the  constitutional order and receiving a bribe of $ 3 million.