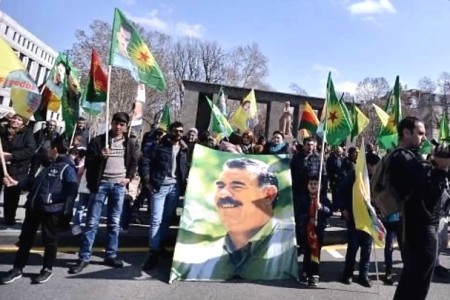 Representatives of the Kurdish community say they condemn the  genocidal policies of the Turkish government.

"We also condemn the United States for supporting the Kurds earlier  and urging them to move forward in the fight against the Islamists,  and today they left the Kurds alone against the Turksish gun," he  said.

According to Knyaz Hasanov, the events taking place in northern Syria  these days are a repetition of the Armenian Genocide over 100 years  ago.

<100 years ago, the Turkish authorities killed 1.5 million Armenians  in the same way, and they got away with it and today the same thing  happens with the Kurds. We came here to condemn the Kurdish genocide.   Today, Turkey wants to wipe out the Kurdish people from the face of  the earth, believing that everywhere there are Kurds, they are  aggressive. Meanwhile, the Kurdish people are determined to fight to  the end and condemn those who oppress it, "the MP added.   At the same time, yesterday a statement released of Executive  Director of the United Nations Children's Fund (UNICEF) Henrietta  Faure, states that four children were killed and nine injured as a  result of fighting in northeast Syria, and the number of children  forced to leave their homes is close to 70 thousand. During the  fighting actions that began on October 9th were attacked by three  hospitals and one school. Humanitarian assistance may require at  least 170 thousand children.  To recall, from October 9, Turkey  started a military operation called <Source of Peace> in northeastern  Syria. Turkish President Recep Tayyip Erdogan believes that Ankara  has the right to conduct this operation. Earlier, Erdogan also  threatened the EU with the opening of all checkpoints for migrants.   Germany said that Berlin hopes that Ankara will remain faithful to  the agreement reached with the EU on the placement of migrants in the  country.

In turn, US President Donald Trump signed a decree that, among other  things, allows the Department of State and the Treasury to take  restrictive measures against Turkey for its military operation in  northern Syria.