Yerevan: Macron has promised not to supply weapons to Azerbaijan that  could be used against Nagorno- Karabakh 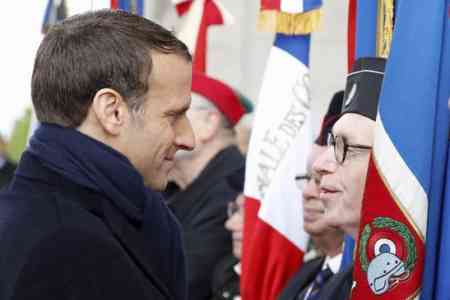 ArmInfo.Armenia calls on all partners to abandon steps that directly or indirectly contribute to the arms race, and France is no exception. This was announced on

October 14 during a briefing in Yerevan by the official  representative of the Armenian Foreign Ministry, Anna Naghdalyan,  answering a question about France's supply of arms to Azerbaijan.

In this context, she recalled that French President Emmanuel Macron,  at a meeting with representatives of the Armenian community, assured  that weapons that would be used against Nagorno-Karabakh would never  be delivered to Azerbaijan. "Naturally, this is not our maximum.  Steps are being taken constantly, this issue is not on our agenda. We  urge all our partners to refrain from such steps that directly or  indirectly encourage the arms race in the region, thereby  contributing to the destabilization of the region," Nagdalyan summed  up.