Ara Papyan: Leaders of both Syria and Turkey fear the creation of a  Kurdish state in the region 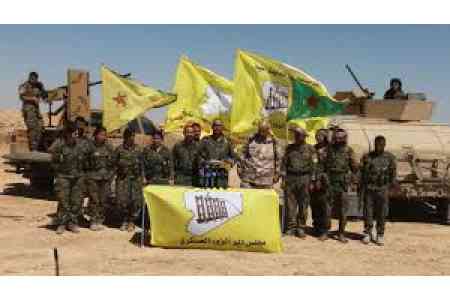 ArmInfo. The Turkish President has repeatedly stated that there are a number of territories over which Ankara should establish its control, and the northern part of  Syria falls under this definition. This was announced at a press  conference on October 14 by the head of the Modus Vivendi analytical  center Ara Papyan.

According to the expert, Erdogan openly stated that the invasion of  Syria was agreed with Russian President Vladimir Putin and US  President Donald Trump. "The situation can be very positive for  Turkey, and this will lead to very negative consequences," Papyan  emphasized. At the same time, he noted that this Turkish invasion  would weaken the military activity of Azerbaijan in the direction of  Artsakh. "Turkey will not be able to fight on two fronts at the same  time, and Baku is well aware that it will not be able to achieve  results in Artsakh alone," he stressed.

Papyan also noted that such actions of Turkey are unacceptable for  Armenia. "In his statement, Nikol Pashinyan noted that such actions  are illegal. Moreover, I believe that these are barbaric actions  directed against civilians, including against Armenians. And now, the  Syrian Kurds who did not agree with the Syrian President Bashar  al-Assad on a number of issues, are now ready to assist him, as they  feel the threat emanating from Turkey, "the expert said.

He emphasized that the Kurds are electing the lesser of evils,  deciding to assist Assad. "This is in our interests, since Assad has  a very positive attitude towards the Armenians, and the latter is  likely to establish control over the northern part of Syria in the  near future. Leaders of both Syria and Turkey are afraid of creating  a Kurdish state in the region. And this invasion is connected  precisely with the desire to weaken the Kurds both in Truzia and  beyond, " Papyan concluded.

To note, on October 9, Turkey launched a military operation in  northern Syria under the name "Source of Peace." The Turkish  government noted that the purpose of hostilities is to create a  32-kilometer security zone on Syrian territory, along its border, to  push out the Kurds who have controlled it from there and resettle  about 2 million Syrian refugees who are still in Turkey there.