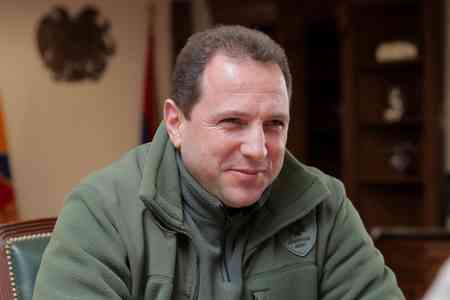 ArmInfo. On October 11, President of the Artsakh Republic Bako Sahakyan received Minister of Defense of the Republic of Armenia David Tonoyan. This was reported by the press service of the NKR President.

According to the source, during the meeting, which was attended by  the Minister of Defense of the Artsakh Republic Karen Abrahamyan, a  number of issues related to army construction and cooperation between  the two Armenian republics were discussed.