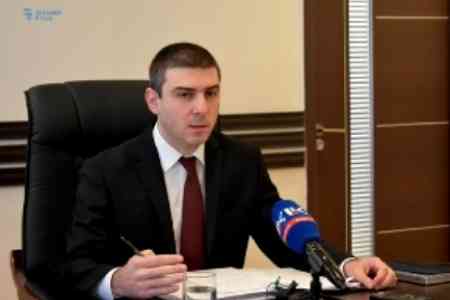 ArmInfo. Despite the hostile  policy of Azerbaijan, the Artsakh economy continues to grow steadily.  On October 11 at the conference "Cooperation for Justice and Peace",  held in Stepanakert, State Minister of Artsakh Grigory Martirosyan  stated.

According to him, since 2000, the republic's GDP growth averaged  10.5%. And if not for Baku's attempts to isolate Artsakh, the  economic growth rate would have been much higher. But even under such  conditions, the republic lives and develops. The State Minister  stressed that the country is open and strives for regional and  international economic integration. The Armenian Diaspora makes an  invaluable contribution to the development of Artsakh.

Grigory Martirosyan also noted that the basis of the Artsakh economy  is mining, construction, and energy.  Since 2018 Artsakh exports  electricity, becoming a self-sufficient state. "The investment  environment of Artsakh is simple and favorable," the Minister of  State emphasized.