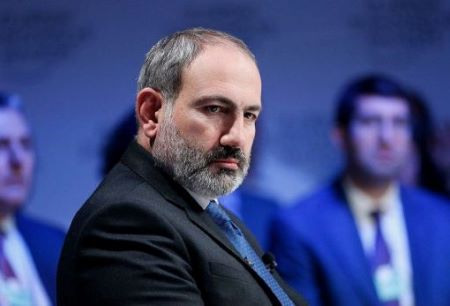 ArmInfo. Armenia and Uzbekistan confirmed their readiness to develop partnerships in the political, economic, cultural and humanitarian sectors and discussed  the possibility of implementing joint programs.

This was stated at a meeting of RA Prime Minister Nikol Pashinyan  with President of Uzbekistan Shavkat Mirziyoyev on October 11 as part  of the Session of the CIS Council of Heads of State in Ashgabat.

Promising from the point of view of activating economic ties, the  interlocutors of state identified the development of cooperation in  light industry, IT, agriculture and the banking sector.

"Armenia is ready for the formation of a new Armenian-Uzbek agenda  for relations and its quick and effective implementation," the Prime  Minister said.

In turn, the President of Uzbekistan expressed readiness to develop  ties with Armenia. "Such meetings should be used as an occasion to  continue the high-level political dialogue, to fully reveal the high  potential of bilateral relations in order to give them a new impetus  and quality," he said.

However, Shavkat Mirziyoyev suggested discussing the possibility of  creating an Armenian-Uzbek intergovernmental commission.

Agreeing to the proposed proposal, Nikol Pashinyan expressed  confidence that the commission would be formed in the near future,  and as a result of effective activities, a legal contractual field  would be developed.

At the end of the meeting, the parties highlighted the need for  high-level visits, expressing their readiness to take concrete steps  in this direction in the near future.