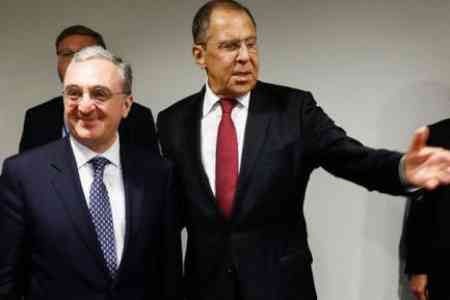 As ArmInfo was informed in the press service of the Russian Foreign  Ministry, during the conversation topical issues of the bilateral and  international agenda were discussed. An exchange of views was held on  the issues of Nagorno-Karabakh settlement.