System of a Down will perform in Yerevan in June 2020 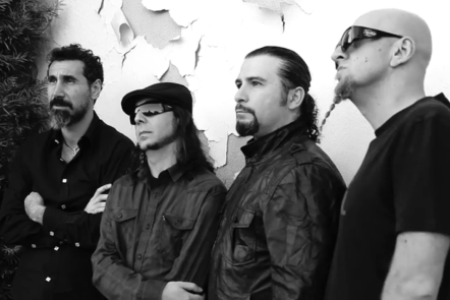 ArmInfo. The System of a Down  world-famous rock band will perform in Yerevan as part of its  European tour. Band's leader, musician Serge Tankyan announced this  at a press conference on October 9,.

<We are working in this direction. In May-June of next year we will  have a European tour, and we included Yerevan in it. We'll try to  make a good show>, he noted, adding that the Yerevan concert is  scheduled for June. Meanwhile, Tankyan found it difficult to say on  which venue the performance will take place, noting that this issue  is still being discussed.

To recall, earlier the band officially announced that the funds from   the European tour will be directed to the RA Prime Minister spouse  Anna Hakobyan's "My step" charitable foundation.