Nikol Pashinyan reminds representatives of state apparatus and  business about the Biblical commandment:  "Do not steal" 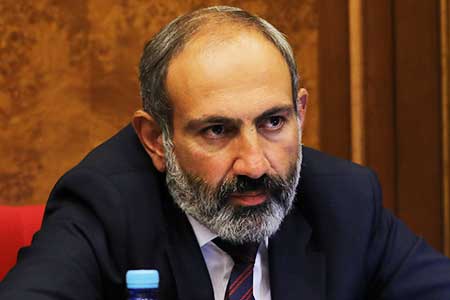 ArmInfo.  The Biblical commandment "Do not steal" applies not only to business, but also to the state apparatus. This was stated by the Prime Minister of Armenia Nikol  Pashinyan on October 9 on the sidelines of the scientific and  practical symposium " "What to do-2 Economic Revolution: Perception  and Launch".

As the prime minister pointed out, an entrepreneur who refuses to  break through cashier's checks steals like an official who assigns  tax revenues. "Everyone is stolen -those who do not give the receipt  and those who do not require it, as those who must properly control  the process. Thus, the rules established in Armenia are extremely  clear - do not steal, be as effective as possible for the state and  the private sector, be an innovator and partner for the state ",Nikol  Pashinyan emphasized.

Touching upon the protection of property rights in Armenia, the Prime  Minister emphasized that the country's authorities had proclaimed a  very important political line, namely, over the past 1.5 years they  had not allowed the process of redistribution of property. "The  temptation, for example, to instruct the NSS to call a citizen in  whose name, according to the information, only formally recorded the  property, but in fact, it belongs to a senior official so that he  copied the property to the state. But we, grinding our teeth, we know  that it's impossible to do this, despite the fact that many see the  authorities as weak, "Pashinyan said.  The new government also  refrains from a "trap" in the form of spreading fake news to suppress  its opponents, the prime minister concluded.