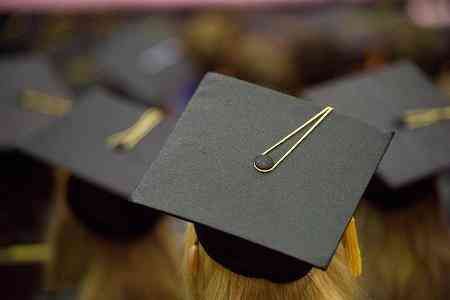 ArmInfo. The opening ceremony of the 3rd International School on the account of Armenia took place in Armenia young leaders "BuissUp>. The event is organized  by the Young Leaders Support Fund.

More than 70 representatives from around the world gathered in  Armenia to exchange experiences, knowledge in the field of business  and leadership. A number of countries that participated in the  BuissUp International School of Young Leaders joined Armenia, Russia,  Belarus, Moldova, Tajikistan, Uzbekistan, Kazakhstan, Bolivia,  Israel, Serbia and others.

The school has two official languages: Russian and English. The  participants will spend a week in Armenia, during which they will  gain knowledge from leading speakers and experts in the field of  business, as well as get acquainted with success stories of already  held businessmen.

Honorary guests of the International School of Young Leaders were the  Ambassador Extraordinary and Plenipotentiary of Kazakhstan to the  Republic of Armenia Timur Urazaev, Advisor to the Ambassador of the  Republic of Belarus to the Republic of Armenia Vyacheslav Lysukha,  Advisor to the Prime Minister of the Republic of Armenia Robert  Ghukasyan, Chief Commissioner for Diaspora Affairs of the Office of  the Prime Minister of the Republic of Armenia Zare Sinanyan, Member  of the National Assembly Taron Simonyan, representative of HUAWEY in  Armenia Gevorg Yegoyan and others.  With words of gratitude, the  Director of the Foundation of the International School of Young  Leaders of BuissUp Gohar Gumashyan addressed high-ranking officials  and foreign guests. "I am filled with pride.  What is valuable is  that it is the young generation that realizes the projects in which  other representatives of the same generation become participants.  Young people create for young people !!! Young representatives from  different countries come together to create, the future has no choice  but how to bow to young minds, "she said.