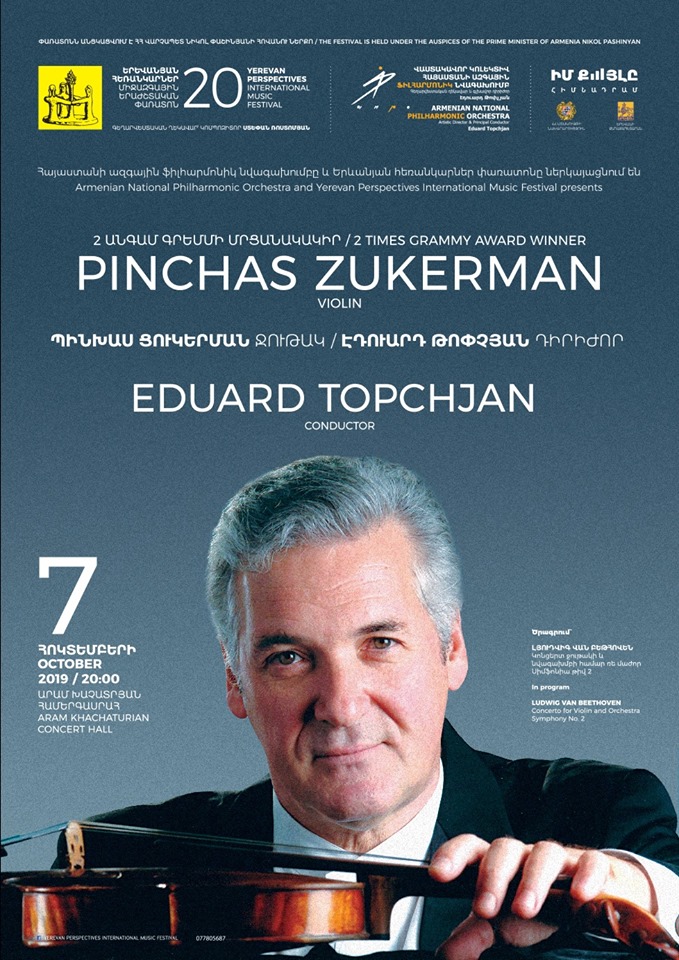 ArmInfo. On October 7 at 8pm  legendary Israeli violinist Pinchas ZuKerman, which twice nominated  for a Grammy , will perform at the Aram Khachaturian Concert Hall  within the framework of  "Yerevan Perspectives" 20th International  Music Festival.

During the concert, two musical masterpieces will be played -  Beethoven's concert for violin and Bach's Concert for 2 violins,  accompanied by the National Philharmonic Orchestra of Armenia, which  will be led by conductor Eduard Topchjan.

A young talented violinist Diana Adamyan, who was awarded the First  Prize of the prestigious International Young Violin Competition named  after Yehudi Menuhin will also attend the concert.

To note, Pinchas Zukerman is an Israeli violinist, viola player and  conductor, he debuted in 1963. In 1967 he won the international  competition Leventritt. In 1980-1987 he was the conductor of the St.   Paul Chamber Orchestra in Minnesota, in 1999-2015 - Musical Director  of the Ottawa National Center for the Arts Orchestra.

To recall, the music festival "Yerevan Perspectives" is held with the  assistance of the "My Step" charity foundation.