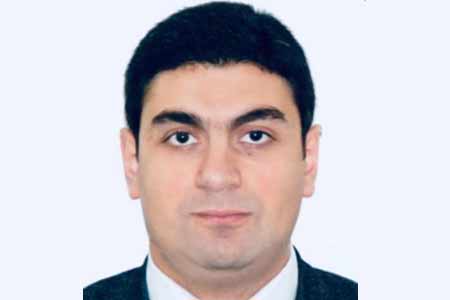 ArmInfo. Armenian Prime  Minister Nikol Pashinyan appointed Suren Ghambaryan as his assistant.  According to the press service of the government, the decision was  signed by the head of government on September 20.

To recall, Suren Ghambaryan was dismissed from the post of head of  the Social Security Service of the Ministry of Labor and Social  Affairs of Armenia on September 3. He was appointed to this post on  March 7, 2019. Media rumors have repeatedly circulated that the  32-year-old Ghambaryan ended up in this post largely due to his  acquaintance with the sons of Zare Sargsyan (father of MP Hayk  Sargsyan from My Step bloc) and adviser to the Prime Minister Nairi  Sargsyan.

Suren Ghambaryan was born in 1987, in 2008 he graduated from the  Department of Economics of the State Agrarian University of Armenia.  He has a Ph.D. in economics. Between 2009 and 2013, he worked as a  tax inspector in various metropolitan departments of the State  Revenue Committee, and from 2013 to 2018, he served as deputy head of  the tax department of large taxpayers of the State Revenue Committee.   To note, the Prime Minister already had two assistants - Hrachya  Tashchyan and Nairi Sargsyan.