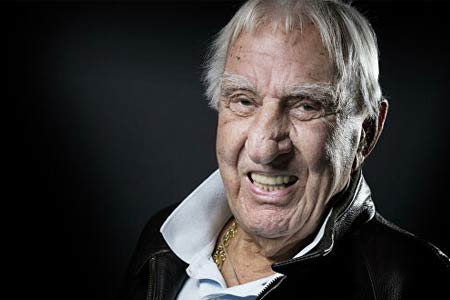 ArmInfo. The famous French actor of Armenian descent Charles Gerard died at the age of 92 in a hospital in Paris. This was reported by France Press.

Gerard is known for being one of the favorite actors of the director  Claude Lelouche, who directed him in almost 20 of his films. As the  agency indicates, the actor was also friends with Jean-Paul Belmondo,  with whom he boxed in the ring in his youth. During one of the  fights, Belmondo accidentally broke Gerard's nose, which later became  a kind of calling card of the actor. The audience remembered the  actor for his roles in the French films of Claude Zizi's "The Beast"  (1977), Francis Weber's "Toy", Claude Lelyush "Man and Woman: 20  Years Later" and many others.

Gerard was born December 1, 1926 in Marseille in a family of  immigrants from Armenia, his real name was Achemyan.