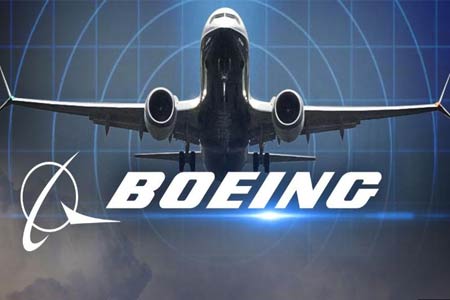 ArmInfo.  The world famous  American Boeing Corporation is considering cooperation with Armenia  in the field of air traffic. This became clear as a result of the  meeting between the Prime Minister of the Republic of Armenia, Nikol  Pashiyanan, and the delegation of Boeing Corporation, which included  Vice-President of Boeing International Corporation Richard  Muehlenbek, the Corporation's Marketing Director Alem Vali and Senior  Director Mher Papyan.

According to the press service of the government, during the meeting,  the Prime Minister noted that Armenia is interested in mutually  beneficial cooperation with the world famous Boeing Corporation.  Nikol Pashinyan noted the importance of developing the field of air  traffic in Armenia, adding that the sphere is in the focus of  government attention.

Representatives of the Boeing management team touched upon possible  activities and areas of cooperation in Armenia, including the  capabilities of the aviation market.

Following the meeting, the Prime Minister suggested continuing  discussions with those responsible for the sectors in the Government  of Armenia in order to clarify the possibilities of cooperation.  To  note, the Boeing Company is an American corporation, one of the  world's largest manufacturers of aviation, space and military  equipment. The headquarters is located in Chicago (USA).