Hakob Arshakyan: The initiative to appoint from civilian people, and  not from the system, to the heads of power structures in the  authorities party was not discussed 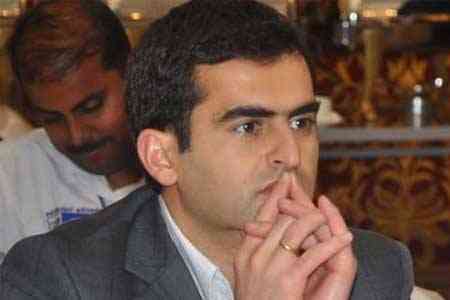 ArmInfo. Minister of High-TechIndustry, member of the board of the Civil Contract party Hakob Arshakyan finds the resignation of the heads of the National Security  Service and the RA Police as normal situation  "If the  head of the executive branch is dissatisfied with the work of his  employee, he dismiss him," Arshakyan said on September 19 in an  interview with reporters after a government meeting.

When asked about how a person can be useful as the chief adviser, if  the prime minister was dissatisfied with him as Chief of the Police,  Arshakyan noted: "A person can work well in one post, but not very  well in another" Commenting on the information that the Vice-speaker,  the Minister of Defense, the Foreign Ministers and the Ministry of  Emergencies and the ministers of the social bloc may leave their  posts, Arshakyan stated that there were no such discussions.

As for the initiative to appoint not only professional personnel from  the system, but also civilians to the posts of heads of power  structures, according to Arshakyan, this issue was not discussed on  the board of the Civil Contract party. "But all options have a right  to exist," he said.