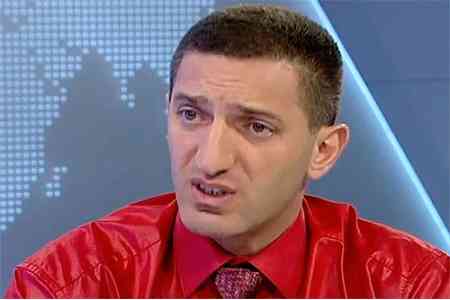 ArmInfo. "The head of the Constitutional Court of Armenia Hrayr Tovmasyan is not the light of my eyes, but this does not prevent me from telling the truth," such  an opinion at a briefing at the National RA Prosperous Armenia  faction member Gevorg Petrosyan expressed the RA meeting /.

According to the deputy, the PAP is not a political force that will  mechanically join this or that initiative without understanding its  tasks. "Now all those who come forward with such initiatives,  according to the current legislation of the Republic of Armenia, are  obliged 3/5 of the total number of deputies to present this  initiative, what decision the COP will take, we do not have the right  to express a biased opinion. I regard these opinions more as pressure  on court. Let the court decide>, said Petrosyan.

He noted that at the moment the PAP does not see such a task, and in  the Constitutional Court there is no such situation that would be  uncontrollable. <The authority is acting, another problem is that  individuals are not present at meetings, are not involved in  decision-making, but are reminded differently of their existence>.   On the eve  the parliamentary faction "My Step" announced the  beginning of the process to terminate the powers of the President of  the Constitutional Court (CC) Hrayr Tovmasyan.