Kocharyan Supporters and Opponents Gather Again at the Courthouse 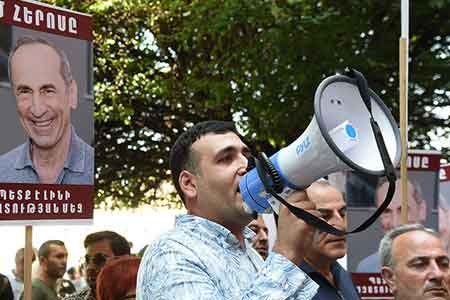 ArmInfo.Supporters and opponents of ex-president of Armenia Robert Kocharian again gathered at the courthouse in anticipation of the announcement of a verdict to  change the measure of restraint of the ex-President.

Kocharian's supporters and opponents are separated by police,  including special forces. Opponents shout out demands about the need  to make a decision "appropriate to the people's will" - life  imprisonment.  Supporters - "Kocharyan, the hero!".

Judge Anna Danibekyan is expected to announce the verdict on  September 17, at 13:00 on the basis of a motion submitted by  Kocharian's lawyers to change the preventive measure against him