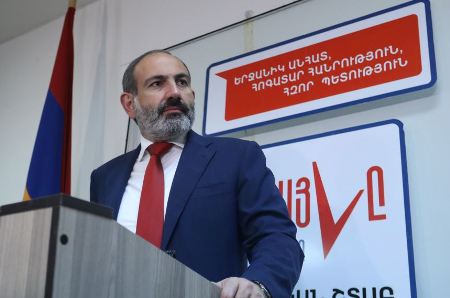 ArmInfo. Prime Minister of  Armenia did not rule out the possible dissolution of the My Step  faction. He stated this at a press conference on September 16,  answering the question that opinions on various issues within the  ruling bloc were divided, and is it possible that this will lead to  the dissolution of the parliamentary faction, and then to early  parliamentary elections.

"The "My Step" faction was formed under conditions well-known to all  of us, and it will have to do a very serious job in becoming a single  political entity. Will it be possible to carry out this work - well,  if not - then again it's good and in this there will be nothing  tragic, "the prime minister said.

As to whether this will lead to the dissolution of the parliamentary  faction, and then to early parliamentary elections, the prime  minister said that there is a high probability that this will not  happen, although much, in his opinion, depends on the work of the  faction itself. "Armenia should be a democratic, legal, sovereign and  social country, no matter what happens within this framework, it will  not become a tragedy. This is not only not a tragedy, it is normal  processes," Nikol Pashinyan concluded.