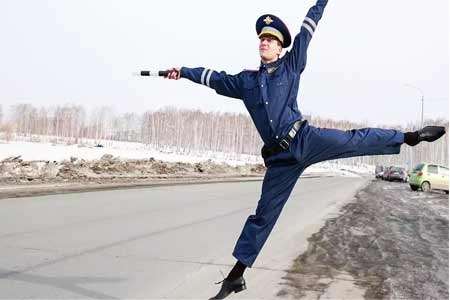 ArmInfo.A new form of initiating administrative cases for violation of traffic rules will  begin to be applied in Armenia. At a meeting on September 16, the  country's parliament amended the law "On the specifics of  administrative proceedings instituted for violations of traffic rules  recorded on video and cameras."  Introducing the draft law, MP from  the My Step parliamentary faction and co-author of the bill, Sisak  Gabrielyan, noted at present while citizens of the country show their  willingness to cooperate with law enforcement agencies.

In social networks, photo and video materials about violations that took place  are increasingly being posted, on the basis of which administrative  proceedings are instituted.

The document introduces a certain clarity into this process. Thus, it  is possible, using a special application, to record violations and  send them online to the traffic police, which, in turn, will draw up  a protocol on administrative violation and fine offenders. The time  and place will be automatically recorded, the deputy informed, adding  that the personal data of the person who recorded the violations will  not be disclosed. The application will not work where traffic   cameras are installed. Using the same application, in the future it  will be possible to automatically call an ambulance or the Ministry  of Emergencies in the event of an accident.  Gabrielyan emphasized  that the purpose of the bill is to create conditions under  which  drivers will violate the rules of the road less, increase civil  liability, and strengthen public control.

"The initiative offers an online mode so that the policeman can  verify the violation, find the violator through a new application via  GPRS," the deputy said. The MP added that for the launch of the  application it is planned to finance within the framework of 30-50  million drams.