Animal-related cruelty to be criminalized in Armenia 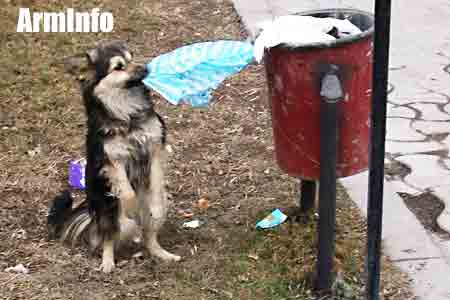 ArmInfo. Animal cruelty will be criminalized in Armenia. At its September 16 sitting, the RA National Assembly introduced the corresponding amendments to the  Criminal Code and the Code of Administrative Offenses.

According to one of the authors of the presented package, MP from the Prosperous  Armenia faction Naira Zohrabyan, minor fines are currently applied  for cruelty to animals. Current legislation provides only a fine of  30-50 times or 100-150 times the minimum wage for cruelty to animals,  however, the amount was either not levied or this measure does not  have the necessary effect. According to the police, no person has yet  to be held liable fine.

The deputy noted that the faction proposes to amend the Criminal Code  and add an article - "Cruelty to animals", as well as list all  possible methods of torturing animals and depriving them of their  lives so that there are no gaps for criminal prosecution. "Any person  who has committed violent acts against wild and domestic animals,  such as violent death, improper upkeep, bullying, self-harm,  experimentation, bullying, use for comfort, should be held criminally  liable," she said. In this regard, it is proposed to introduce fines  of one hundred or three hundred times the established minimum wage,  or arrest for a period of 1 to 3 months, or imprisonment for a  maximum of 1 year. "For a similar act committed by a group of  persons, a group of persons by prior conspiracy or an organized  group, shall be punished by a fine of three hundred or five hundred  times the established minimum wage or by imprisonment  for a period  of 1 to 3 years," she explained.

She also noted that the project also established a distinction  between the concepts of "domestic" and "homeless" animals. "Home  animals are kept at home, and homeless people are not wild animals,  these are animals that have no owners," N. Zohrabyan explained,  adding that the law does not apply to ritual sacrifices (mats).  "Investigating authorities and experts they will have to check  whether the death of the animal is a consequence of protection or the  result of livelihood and intentional harm, "she said.