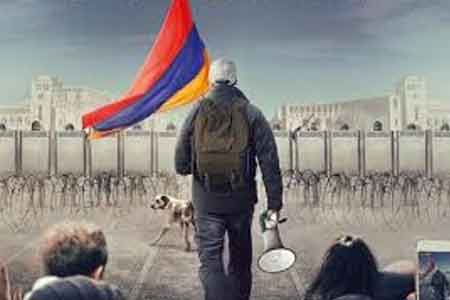 ArmInfo. The film about the  velvet revolution in Armenia won an award at the international film  festival in Toronto.

This was announced by the Prime Minister of Armenia Nikol  Pashinyan on his Facebook page.  "The film Karin Hovhannisyan" I Am  Not Alone "(I Am Not Alone) received the first prize (second prize)  at the International Film Festival in Toronto. Congratulations, "the  Prime minister wrote.

Recall that "I am not alone" is a documentary film about the 2018  Velvet Revolution in Armenia. The music for the film was written by  the world famous musician, frontman of the System of a Down band  Serge Tankyan. The film features an interview with Prime Minister  Nikola Pashinyan, wife of Prime Minister Anna Hakobyan, police chief  Valery Osipyan, lead singer of the System of A Down group Serge  Tankyan and many other political figures.