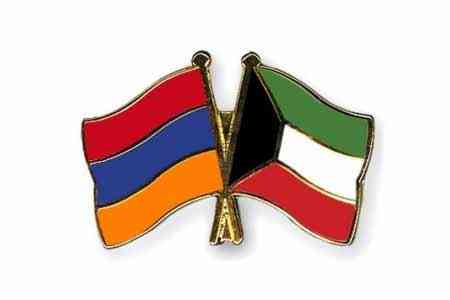 ArmInfo.  In Sheikh,  Kuwait, is the director general of the Museum of Islamic Antiquities  of Kuwait (DAI), co-owner of the Al-Sabah Husa Sabah al-Salem  al-Sabah collection. According to the press service of the  Presidential Administration, ArmInfo was informed that Husa Sabah  al-Salem al-Sabah arrived in the Armenian capital at the invitation  of First Lady Nune Sargsyan.

According to the report, a meeting was held between the President of  the Republic of Armenia Armen Sargsyan and Nune Sargsyan with Husa  Sabah al-Salem al-Sabah.  Sargsyan, welcoming the guest, stressed  that Armenia was and remains a crossroads of civilization. Noting the  importance of cultural dialogue, the Armenian President noted that  the Islamic culture and its civilizational values are highly valued  in the RA.

At the same time, the head of state pointed out the importance of  organizing mutual exhibitions in terms of increasing the recognition  of the two countries, in particular, noting the importance of showing  the Armenian cultural heritage in Kuwait and Islamic culture and  heritage in Armenia. In turn, Husa Sabah al- Salem al-Sabah noted  that she was glad to be in Yerevan and have the opportunity to  discuss with Armenian colleagues the possibility of holding mutual  exhibitions in Armenia and in Kuwait. At the meeting, an agreement  was reached on organizing a display of exhibits of the famous  Al-Sabah collection in Yerevan. The collection contains more than 30  thousand exhibits. It also became known that during the visit, Husa  Sabah al-Salem al-Sabah will visit a number of attractions and  cultural institutions, including the Mesrop Mashtots Research  Institute of Ancient Manuscripts - Matenadaran, "Gafeschyan" Art  Center, Armenian National Gallery and a historical museum, get  acquainted with the historical and cultural heritage of the Armenian  people.