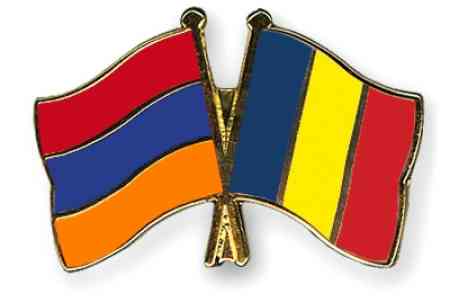 ArmInfo. Member of the ALDE  Party, Chairman of the Union of Armenians of Romania Varujan  Voskanyan during the plenary session of the Chamber of Deputies of  Romania called on lawmakers to adopt a political statement  recognizing the Armenian Genocide.

According to the Romanian agency Agerpres, this statement was made  during the discussions on the bill on the establishment of the  National Museum for the Study of the History of Jews and the  Holocaust in Romania.  ''We are unanimous in our condemnation of the  Holocaust. I ask you to include the recognition of the Armenian  Genocide on the agenda and adopt the political statement of the  parliamentary parties. This is a topic that so far the Romanian  parties have avoided taking into account. There are dozens of  parliaments around the world, the European Parliament and all  European parliaments that have made such declarations of recognition  of the Armenian Genocide'', said the chairman of the Union of  Armenians of Romania.  He stated that not a single tragedy of this  scale ''has a native language'' .