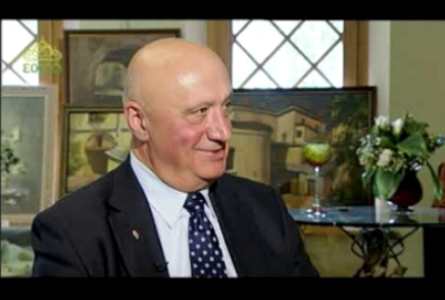 Advisor to the Embassy of the Russian Federation in Armenia Pavel  Kurochkin, congratulating David Mnatsakanyan on his jubilee,  emphasized that he was able to skillfully combine diplomatic and  musical activities. The work of the composer and diplomat was highly  appreciated by the Chairman of the Union of Composers of Armenia,  Honored Artist of the Republic of Armenia, composer, professor Aram  Satyan and Honored Artist of Armenia, Ruben Asatryan.

During the evening, the laureate of numerous international  competitions Sona Arshakyan sounded both the works of David  Mnatsakanyan (''My way'', ''Ulrik'', ''Christmas song''), and Arno  Babajanyan, who is one of the favorite composers of David  Mnatsakanyan. ''For me today is a special day, I would even say, one  of the happiest days. Why? Because I am in the city in which I was  born, in which I grew up, in which I received education, including  musical one'', Mnatsakanyan said.